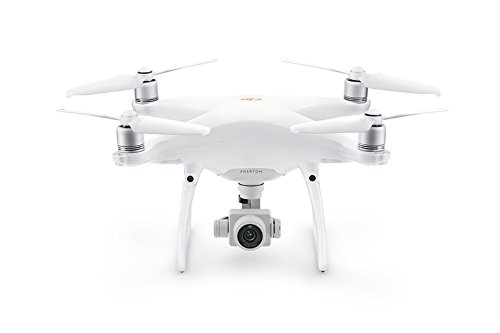 DJI is known as one of the major innovators of drones in the market, with one of its successes is releasing its Phantom series. In this article, we will be discussing the DJI Phantom 4. The DJI Phantom drones have undergone a great transformation, its predecessor models had similar structures, and The Phantom 4 stands out. If you want to know more information about the DJI Phantom 4, make sure to keep reading below!

Phantom 4 is the refined version of the Phantom 3 Professional, it has improved design and intelligent flight options, and it now comes with a new feature, a very clever object-avoidance system that allows anyone to control the drone with ease and avoid any obstacle on the drone’s flight path.

The DJI Phantom 4 at DJI can be purchased for $1,249.00 on Amazon. This makes the DJI Phantom 4 a must-have for photographers who need a reliable and easy-to-use drone that will help them with aerial photography and capture great aerial shots. 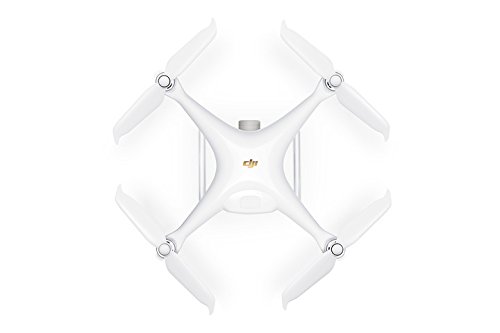 When filming videos it is necessary to see what you’re filming and this is possible for the DJI Phantom, the live stream of the video can be watched through a connected smartphone or tablet by downloading the DJI Pilot app from the Google Play store for Android or iTunes for iOS devices.

DJI improved the old plastic body used from the previous models and replaced it with magnesium alloy with a glossy white finish for Phantom 4. The camera and gimbal designs are improved as well, making the whole setup more sturdy and durable. The camera is the same as what is featured on the Phantom 3 Professional. It comes with a 1/2.3 inch sensor and an f/2.8 lens with a 94-degree field of view and an equivalent 35 mm focal length of 20mm. 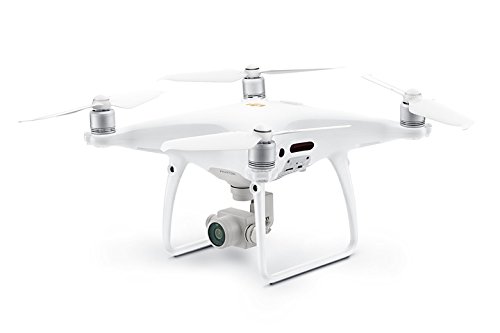 The Phantom 4 features ground-facing positioning cameras that function to maintain its stabilization during flight. The cameras are equipped with 2 front-facing sensors that recognize any object on its flight path.

The battery life of the previous models has been an issue before, so DJI has also worked to improve the Phantom 4’s battery life and it is now able to extend the flight times by 25% according to some users.

The DJI Phantom 4 has improved security features; one of them is the Failsafe/ Return to Home Feature. This feature allows the drone to return when an incident occurs, such as a low battery, disconnection, etc.

The Tapfly feature is the flight function that can be great for beginners. You can check the preview image on your tablet or smartphone and with just a tap of your finger, the Phantom 4 will start its flight easily. 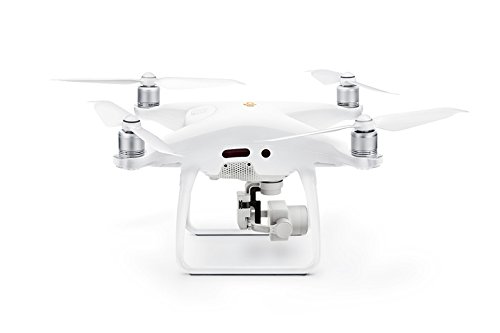 One interesting feature of the Phantom 4 is the ActiveTrack. ActiveTrack allows you to mark a specific target on your tablet or smartphone. The drone will then follow the subject/target when it moves, with the previous models, it was a difficult maneuver to execute and now anyone can do it with ease. ActiveTrack can help you track a particular subject/object with ease and it is capable of recording high-quality videos that rival professional cameras nowadays.

The Phantom 4 also includes GPS and a GLONASS receiver; the GLONASS receiver is more precise because it uses an advanced optical positioning system that allows safe flights in areas where the GPS reception is not possible, such as indoor areas and difficult terrains like valleys.

The DJI Phantom 4 is equipped with infrared sensors that help detect obstacles on its flight path. This feature helps the drone pilots during its flight. If the drone moves toward an obstacle it will brake automatically in front of the object and prevent any type of collision or accident from happening. The collision protection works not just for beginners but it also allows experts to fly the drones with ease.

The Phantom 4 also features a sports mode which makes the drone react faster and capable of speeds up to 72 kilometers per hour. If you prefer fast flights for your videos, the new sports mode is perfect for you! You can easily switch to a different mode during a flight by using the toggle switch on the remote control.

What does the package include?

According to a user named Mark Thomas: The Phantom 4 can fly beautifully and it is a polished version of its predecessors. One issue for me is the propellers can protrude on the picture during forwarding flights; this was also a known problem on its previous models especially the Phantom 2. If you have experienced this problem I suggest you decrease the speed of the flight so the Phantom 4 will not tilt too much while on a forward flight. I have also noted that the Phantom 4 is louder than its counterparts.

The DJI Phantom 4 is designed with the same basic footprint as the Phantom 3 series but its shell has been designed to improve its appearance and aerodynamics. The drone measures 7 by 11.5 by 11. 5 inches and it weighs approximately 3 pounds. The great thing about the Phantom 4 is that it is an upgraded version of the previous models and it includes new features that can help you fly the drone easily such as:

If you are searching for a refinement of the Phantom 3 Professional, this drone is perfect for you. DJI improved its camera performance and also included major upgrades like new infrared sensors that allow clever flight. It is highly recommended for photographers who prefer a sturdy drone that will help deliver great aerial shots.

Latest posts by Lou (see all)

Are you searching for an entry-level drone that comes with a great camera and cool features? If you are searching for more information about...
Read more
Drones

Are you in the market for a low-cost drone that has an HD camera and comes with great features? Yes, there are plenty of...
Read more
Drones

Are you in the market for a camera drone with great features but a bit short on cash? You came to the right place....
Read more

Is flying camera drones legal? As aerial drones come to be much more prominent with both professionals and enthusiasts, we can likewise expect the variety...
Read more

How To Begin A Drone Digital Photography Company (Step-by-Step Guide).

Exactly how To Begin A Drone Digital Photography Company (Step-by-Step Guide) Do you intend to begin your very own airborne photography business? As a digital...
Read more

How Far Can Drones Fly

How Far Can Drones Fly? Important Tips and Guidelines To Consider It’s easy to get excited to fly your new drone. But when you finally...
Read more

Beginner Drone Flying Tips Here are some drone flying suggestions for novices to help you fly a drone like a pro.Drones are unbelievably valuable filmmaking...
Read more
Load more

Latest posts by Lou (see all)