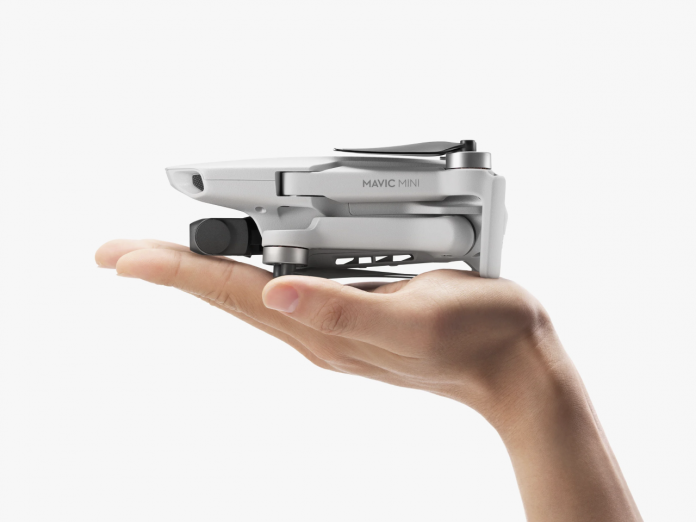 In October 2019, DJI released the Mavic Mini, the replacement for its well-loved entry-level Spark. So how does it stack up, and is the Mavic Mini worth it?

The Mavic Mini is built using the same folding design as the rest of DJI Mavic Series. As you would expect from DJI, the build quality is excellent. Although made largely from plastic, the Mavic Mini does not feel cheap. The folding propellers and arms mean the  Mavic Mini is extremely compact and will comfortably fit into the palm of your hand. This was and still is one of the key features of the Mavic series, portability. Being able to have a drone that folds down is an enormous benefit when space is at a premium.

Like the Spark, the Mavic Mini uses Wi-Fi to interface with the remote for control whilst in the air. This can be set to one of two modes, depending on where you are flying. FCC mode is available in USA and a range of other countries and essentially allows the remote to provide more transmission power, allowing the drone to travel further without disconnecting.

CE mode is required in most of Europe and offers significantly less power, and can sometimes result in slightly unstable control of your drone. Flying with Wi-Fi is largely fine, but it would have been nice to have seen something more reliable such as the first generation of OcuSync that is available on the original Mavic Pro. But ultimately this would have increased the price and weight of the drone.

The weight of the Mavic Mini is one of the more significant selling points. The release of the Mini purposely coincided with the implementation of new drone laws in the UK and US that required any Unmanned Aerial Vehicles (UAV) weighing more than 250g to be registered with the local aviation authority.

The Mavic Mini weighs in at just 249g (including battery and Micro-SD Card), making it except these regulations. This compares to the Spark’s 300g weight. This means, for most people, the Mini can be used whenever and wherever, without having to worry too much about local regulations. The Mavic Mini is easily the best drone within its weight limit, and competitors such as the Parrot Anafi weigh in at around 300g, which makes the Mini unique in its weight class.

The DJI Spark featured forward and downward facing sensors to help with obstacle avoidance. Unfortunately, possibly due to the above-noted weight restraints, the front-facing obstacle sensors were removed from the Mini. This does mean that features such as Return to Home (RTH) may not work as effectively and obstacles will not be avoided.

This is a shame as even forward-facing sensors give you an extra level of protection should you miss an obstacle or lose control of the drone. Downward sensors are still present on the Mini, allowing for the drone to enter ‘Auto Landing’ when the ground is detected below. This prevents your drone from being crashed into the ground, by slowing down your drones decent when within a set parameter.

The battery technology used in the Mavic Mini has been largely improved from its predecessor, the Spark. Fly time has now increased from 18 Minutes on the Spark, to 30 Minutes on the Mini. This is a huge improvement and can make the difference between getting the shot you want or not. With a small battery capacity, by the time you have  taken off and flown to where you want to frame your shot, it can be time fly back to change the battery and this can result in frustration.

Battery capacity is one of the biggest problems with drones. The average consumer drone has around 10-20 minutes in the air, with the new Mini smashing that average out of the park. This kind of flight time is on par with the nearly double the price Mavic 2 Pro, with a flight time of 31 minutes.