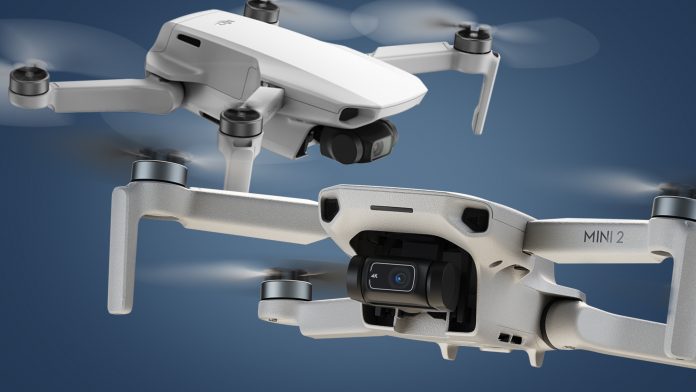 Despite only being released in October 2019, the Mavic Mini has been a hugely popular entry-level drone to the DJI ecosystem. Just over a year from its release, DJI has now released the Mini 2, a direct replacement for the Mavic Mini. Despite looking identical, there are some key upgrades, so let’s look at what’s new for the 2020 DJI Mini 2.

To allow for differentiation between the original Mavic Mini and the newly released Mini 2, DJI opted to use a different naming scheme. DJI has dropped the ‘Mavic’ name tag and instead opted for just the ‘Mini 2’. This may seem confusing as on the DJI website, the Mini 2 is still listed underneath the ‘Mavic’ series of drones. This name change may be a hint at a future of ‘Mini’ series drones, or perhaps just to allow for differentiation between the two, as both drones are currently still available directly from DJI.

Probably the most notable improvement from the previous Mavic Mini is a new and upgraded camera module. The Mini 2 now features a 4k 30fps camera featuring a 100MBps bit rate (an upgrade from the Mavic Mini’s 2.7k 30fps and 40MBps bitrate). For an entry-level drone, this is a massive feature that sets this drone apart from competitors.

Although the camera module is largely identical to that on the Mavic Mini, the Mini 2 is also now able to support a range of photography modes that were previously unavailable. The Mini 2 is now able to capture images in RAW, as well as supporting Auto Exposure Bracketing and Panorama shots such as Sphere, 180° and Wide.

As mentioned in our previous article about the Mavic Mini, these photography modes, excluding the RAW images were all available on the Mavic Mini’s predecessors, the Spark. You can read that article here.

This was one of the downsides to the Mavic Mini as it lacked features that the Spark had and this may have swayed users of the Spark to stick instead of trading in for the Mavic Mini. Having rectified this, it is good to see that DJI has listened to their customers and this now means the Mini 2 isn’t just the cheap entry into the Mavic series and instead is a drone in its own class, with features that are available on the more prosumer models.

How much does the Mavic Mini 2 weigh?

One of the biggest selling points of the original Mavic Mini was its weight. Coming in at 249g, the Mavic Mini weighed just under the weight threshold that required a drone to be registered. Unfortunately, this minimum weight requirement has been removed for the new UK and EU drone regulations that are being introduced in December 2020. The new regulations state that ‘any operator of a drone which weighs less than 250g but has a camera (other than a toy) must also be registered’.

Although this may seem an inconvenience for beginner drone pilots, these regulations are set out to ensure everyone is flying safely. The weight however will still play an important part and will instead affect which tier the drone pilot will need to register in. The New Mini 2 is even lighter, weighing in at just 242g. Now, this may seem an insignificant difference, but for a drone of this weight to pack so much into it, is really an incredible feat of engineering.

Fly for Longer and Further. 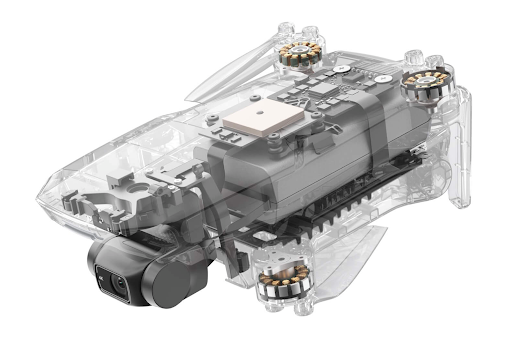 The fly time of the original Mavic Mini was excellent. 30 minutes for a sub 250g drone is very impressive. DJI has now increased this to 31 minutes for the new Mini 2, meaning it is now on par with the higher-end Mavic 2 series. This increase in flight time is partly due to the Mini 2’s weight loss, and partly due to new more powerful motors.

We have seen this kind of thing before with the original DJI Mavic Pro. When released, the Mavic Pro was quoted a fly time of 27 minutes. This was then increased to 30 minutes, with the release of the Mavic Pro Platinum due to a new propeller design and more efficient motors.

The Mini 2 now also features OccuSync 2.0, which is DJI’s proprietary transmission technology that allows for the drone and remote to communicate. The Mavic Mini featured upgraded wifi technology, that was prone to interference and meant that distance was somewhat limited. The new OccuSync 2.0 technology now means that you are able to fly a maximum distance of 10km away (where legally allowed).

Although the majority of users are unlikely to ever fly this far away, the increased transmission power that makes this possible now means that you are likely to have increased connection stability when flying generally. This essentially means you are less likely to experience interference and dropouts on normal flights.

The new Mini 2 also features DJI’s revised remote control. This is the same remote that made its debut with the Mavic Air 2 back in April. DJI has moved away from the foldable design, and instead opted for a more boxy design, with space at the top of the remote for your smartphone. Going forwards, this remote design is likely to make an appearance with the rumoured Mavic 3 series on the horizon as DJI start to streamline their Mavic series lineup.

How much does the DJI Mini 2 Cost?

With all of these upgrades, a cost increase is inevitable. The Mini 2 comes in at £419 ($449) which makes it around £50 more expensive than the Mavic Mini was at launch. We believe this price to be justified for the benefit of 4k alone. This steps the Mini 2 up to a similar level to the original Mavic Air at launch, for a fraction of the cost.