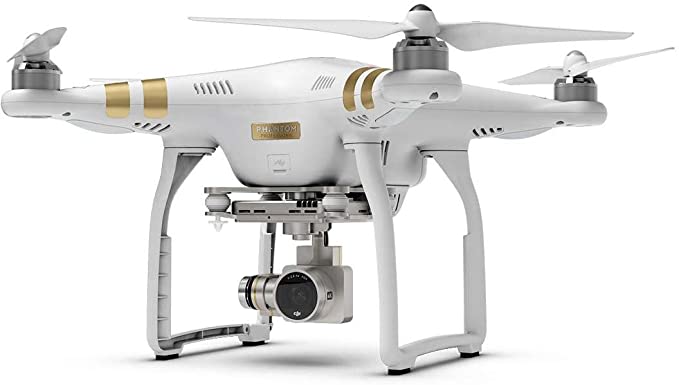 If you are searching for a drone that can shoot great aerial photos and videos, make sure to check out DJI Phantom 3. A top drone for under $1000!

It is a drone manufactured by a well-known company, DJI. The Phantom 3 Standard is an entry-level drone that is perfect for beginner users and it can also be a great back-up drone by experienced drone pilots.

Although it does not have an impressive operating range, collision avoidance system or 4K recording capabilities that can be found on the Phantom 4 drone. The Phantom3 is capable of capturing 2.7K resolution at 30fps videos and great aerial photos. If you are wondering if the DJI Phantom 3 is the perfect drone for you, make sure to keep reading below to find out!

The Phantom 3 Standard version is designed with the same body and battery as the other models in the Phantom 3 series. However, it has a few differences worth-mentioning such as the Vision Positioning system which is found in the expensive drone models in the market. The camera of the Phantom 3 has 20mm lens wide-angle prime, the micro SD card slot has been moved to the camera, it is previously found in the base of the gimbal mount in previous Phantom drone models.

The Phantom 3 Standard drone has a four-pylon white design which makes the Phantom series a recognizable drone in the market. It is also designed with metallic red decals; the DJI logo is placed in the top center of the chassis and two red strips are neatly placed on each of the pylons. The propellers are color-coded and a black dot is placed on the motors that match the black center.

The DJI Phantom 3 weighs around 2.7 pounds and measures around 23 inches from one wingtip to another. The landing gear sits underneath the drone’s body, while the gimbal and the camera is designed to sit on its undercarriage. The drone has a lightweight and compact design which makes it easy for individuals who are always traveling. It fits inside a backpack, you can carry it with you when you go hiking, biking, or boating with your family and friends. It can be easily stowed inside your car’s trunk or the backseat of a sedan; it won’t take too much space.

The camera is capable of recording stable footage while on air. It is designed to face forward always and can do a bit of left and right rotation. The remote control is like a scaled-down version of the Phantom 2 Vision+. It is streamlined so it does not need a separate Wi-Fi extension module and it comes with an internal rechargeable battery. It has a micro USB port at the bottom. It is also equipped with 4 LED lights that specify the charge level and it also has a power switch that turns on the drone. It also comes with a clamp that you can use to attach your smartphone – it can hold an iPhone 6 Plus. 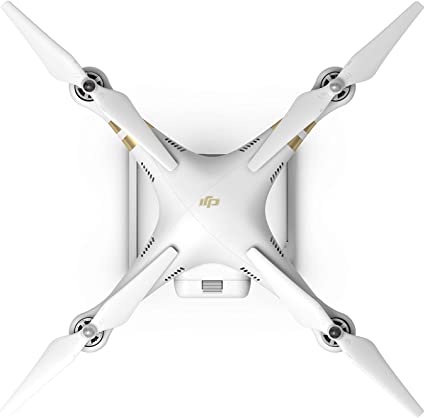 The drone can be flown with ease and it can return to you with just a single press of a button.

The Phantom 3 is a flying camera and it is capable of capturing fun and exciting videos and photos. It can send real-time HD video on youriOS or Android smartphone by using the DJI app.

Enjoy a fun flying experience using your drone as it speeds through the air. It is equipped with powerful and responsive motors that allow your drone to fly on any path that you prefer.

It comes with a remote controller built for the Phantom 3 drone. It is compatible with the DJI app. It can take photos and record videos with just a single tap.

Check the current price of the DJI Phantom 3 Standard on Amazon.Check Price Here 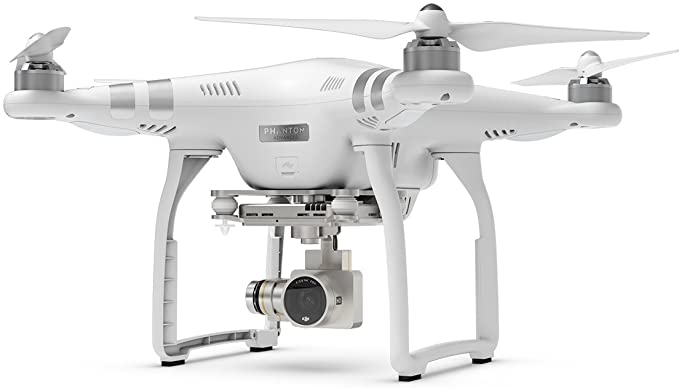 According to Eddie, the DJI Phantom 3 is a great drone. It is highly recommended for first-time users. Most of my friends bought the Phantom 3 as their back up drones. One of its main limitations is that its maximum flight range is almost half of the better drone models in the market. It also uses fewer GPS signals and it does not have a downward-looking visual eye.

According to Larry, I have owned the DJI Phantom 3 for more than 6 months. I have seen my son buy a Pro version of Phantom 3 and he loved it a lot and he has convinced me to get the Phantom 3 standard version. You can take great wide-angle photos and thanks to its 2.7K resolution you can also record great aerial videos during your drone’s flight. Before flying this drone you must get to know your drone first. You must learn all the important information necessary to fly it so you can have a successful flight for the first time.

The DJI Phantom 3 is highly recommended for beginner users who want to own an entry-level drone from DJI. It is stable, reliable, and comes with intelligent flight features that allow users to fly the Phantom 3 with ease. It has a great battery life, with flight time lasting up to 25 minutes. Its camera can record videos 2.7K at 30 fps resolution which makes it capable of shooting great photos and videos.It is capable of sending 720p HD live video feed to your smartphone. If you have a limited budget but you want to buy a DJI drone, the DJI Phantom 3 is worth checking out. It is a solid drone and it is one of the best ones in its budget range.

How To Make Money With A Drone

In October 2019, DJI released the Mavic Mini, the replacement for its well-loved entry-level Spark. So how does it stack up, and is the...
Read more

How Much Weight Can a Drone Carry? When it comes to the use of drones for the military, there are two types that you need...
Read more

UPair ONE PLUS Review; Must Read! The new UPair ONE PLUS is a great product that has received good reviews from many different sources. This...
Read more

In October 2019, DJI released the Mavic Mini, the replacement for its well-loved entry-level Spark. So how does it stack up, and is the...
Read more

How Much Weight Can a Drone Carry? When it comes to the use of drones for the military, there are two types that you need...
Read more

UPair ONE PLUS Review; Must Read! The new UPair ONE PLUS is a great product that has received good reviews from many different sources. This...
Read more