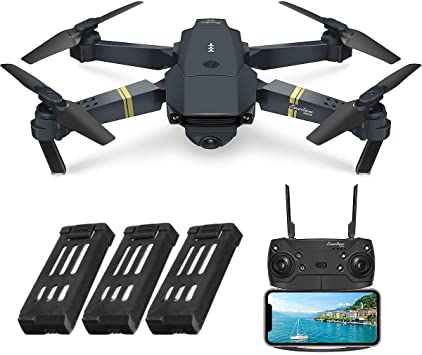 What’s so awesome about the foldable Eachine E58 drone is that it looks like the DJI Mavic, although it is smaller and has lesser advanced features. It’s more affordable, too, even if equipped with a 2MP 720p camera with FPV capability. The average flight time of this aircraft is 7 to 9 minutes.

You have to know how to fly Eachine E58 efficiently by familiarizing yourself with valuable tips and tricks. For one thing, there’s calibrating it before every usage or when it experienced previous crashes.

Issue #1: The Motors Are Moving At Different Speeds

Common issues encountered by the quadcopter that require calibration include the motors moving at different speeds. How do you calibrate the Eachine E58 drone?

The first thing that you should do is to place the machine on flat ground. Start by resetting its gyro settings, and you do this in 2 ways- by using the remote control or via the JY UFO phone app.

How To Calibrate The Eachine E58 Drone Using The Remote Control

How To Calibrate The Eachine E58 Using A Phone APP 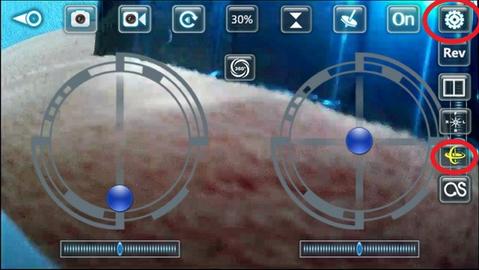 This method is basically easier. Start by connecting the drone to your phone. Move on to entering the settings menu and selecting the “Gyro calibrate” icon.

Initially, the LED lights will flash rapidly then become steady. As quick as that, and calibration complete! You’re then ready to fly your E58 again. 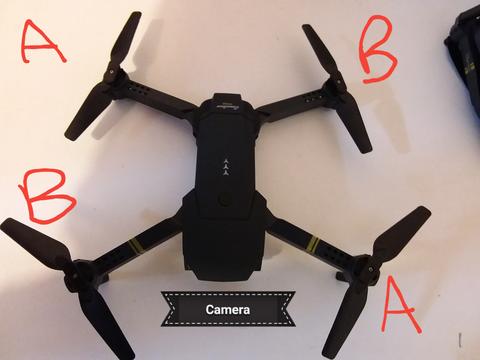 Another possible issue with the quadcopter is that it may not fly up, sideways or in a circle after you’ve changed its propeller.

In this case, you have to check if you’ve installed the propellers in the right places. Look through page 2 of the machine’s instruction manual for directions.

Issue #3: While Taking Off Or Mid-Flight, The Power and Connection Turns Dead 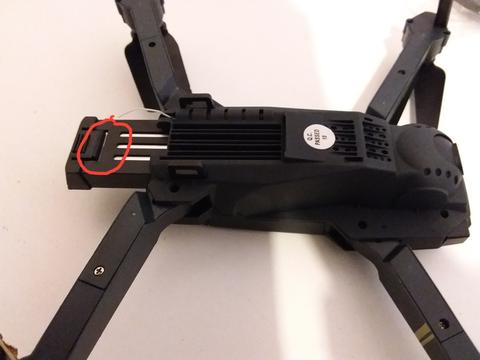 What if the aircraft loses power and connection while taking off or mid-flight?

If you’re flying it by wifi, primarily check if the signal is strong enough before operating. Using the remote control is a recommended option to control the quadcopter and utilizing wifi for flying it FPV.

If loss of power and connection takes place while you are using the controller to fly the drone, see to it that you have securely inserted the battery.

Issue #4: Not Knowing How To Move The Drone In Different Directions After Starting It

There might be an instance when you are able to start the aircraft, but do not have a clue about how to move it in different directions.

A probable solution to this is to move the control sticks accordingly after pairing the machine and successfully launching it.

Issue #5: One Or More Motors Of The E58 Turn Dead After A Few Crashes 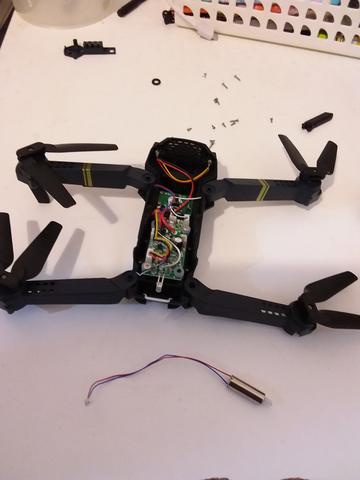 One or more motors of the drone might turn dead after it crashes a few times. This is another common issue when flying the Eachine E58. By dead motor, it means that the propeller has no movement.

To implement the solution, you should know that the E58 operates through a basic plug and play system. Unscrew the machine and take the dead motor out. Then slot in the new motor. You will not need to use a soldering gun, however, a screwdriver is necessary for the unscrewing procedure.

Issue #6: The Aircraft Couldn’t Fly Steadily After Calibration, Even If The Winds Are Low 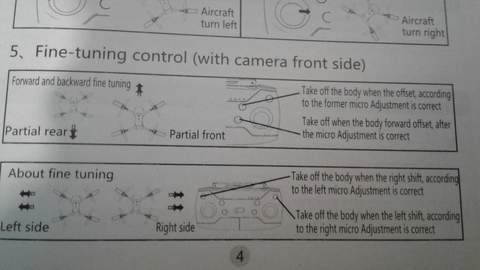 You may have already calibrated the E58, however, it still couldn’t fly perfectly and steadily, even if the winds are low.

As a solution, you need to trim the aircraft after pairing it. You can locate the instructions on page 4 of the manual.

In brief, tune the quad to the left if it floats to the left and vice versa. It mainly depends on the direction wherein it drifts.

It’s fairly easy to learn how to fly Eachine E58 if you are in-the-know about these handy troubleshooting methods.