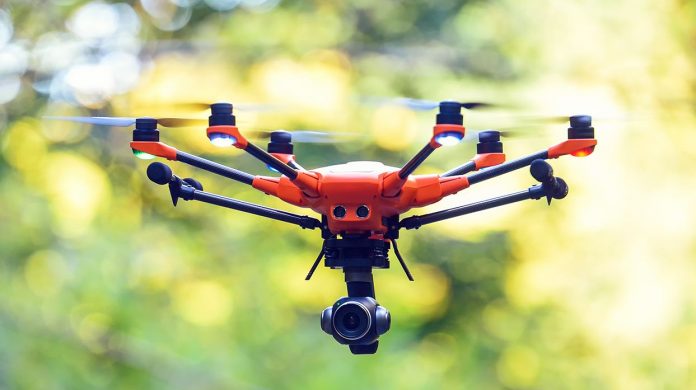 With hundreds of consumer drones now available, how important is GPS and does your drone need it?

The short answer is: no, your drone does not need GPS. However, GPS is the most useful and effective navigation system available for drones. But, there are still other solutions available. Below we will go into detail as to what GPS is, why it’s effective for drones and why you may need it.

What is GPS and How Does It Work?

GPS stands for Global Positioning System and is effectively a group of navigation satellites that orbit the earth to provide accurate positioning to any device that receives this information. GPS is what allows apps such as Google Maps to determine where you are, and what directions are needed. Because GPS does not rely on the same data network as your phone does, GPS is available in many different devices and through the world even in more remote areas where cell service is unavailable, although being surrounded by tall objects such as skyscrapers or mountains can impede the availability of the connection. GPS is accurate between 5m and 30cm.

Why Is GPS Important for Drones?

For many commercial applications, GPS is extremely important. With drones becoming smarter and more affordable, many businesses and law enforcement have opted for using drones in situations where helicopters were previously used. Particularly with search and rescue operations, drones have become fundamental to saving lives. In a situation with people missing, a drone would be able to provide an accurate GPS position, making it easier for law enforcement to find their exact spot.

GPS is equally as important for consumer drones too. In the early days of consumer and toy drones, GPS receivers were too expensive to incorporate into toys, and were left out. Remember back to Christmas’ past when you received a toy helicopter? Remember how it kept crashing despite not even touching the remote? This was due to a lack of a GPS receiver ensuring that it stayed still. 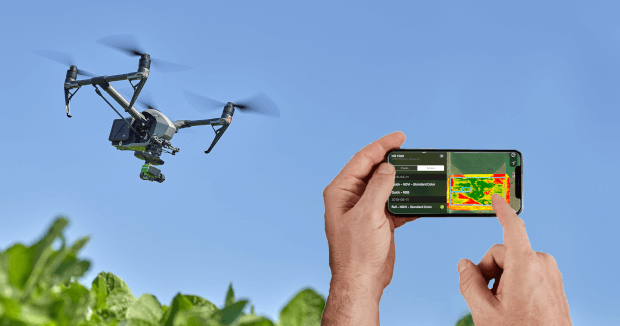 Drones now, however, on the most, come fitted with a GPS receiver and this is what allows your drone to hover in a fixed position, despite the wind. The GPS inside the drone records the drone’s position and tries to maintain this position by tilting itself against the wind. Most drones use a combination of an internal compass and GPS to ensure an accurate and safe flight. The internal compass of a drone works by using the earth’s magnetic field to measure the direction in which the drone is facing. This combined with the GPS ensures that your drone always knows exactly where it is in the world, and which way it is facing.

Any drone that is fitted with a GPS receiver will also have access to some kind of Return-To-Home (RTH) feature. In the event of the drone disconnecting from the remote, the drone will be faced with two options; to stay where it is, or to return back to the pilot. To make this possible, your take-off position is recorded by the GPS chip and has to be remembered by the drone, so that it knows exactly where it has to fly to, should this happen.

DJI drones feature a RTH system that works by using a ‘Dynamic Homepoint’. As with most drones, DJI requires use of a phone/tablet to view the camera footage. The dynamic home point works in a similar way to above, by recording the take-off position using GPS, but this home point is then updated every two seconds using the GPS chip inside your phone/tablet.

This information is then sent to your drone and stored. This allows for the pilot to move around, and should a disconnect happen, the drone will still be able to return to the last recorded home point. This is especially useful in situations where a pilot is unable to stay in the same position, such as on a moving boat.

What are the cons to having GPS?

Although GPS is largely beneficial, there are some downsides to having it over drones without.

Cost is one big determining factor. Drones with GPS chips are more expensive. This is due to the other hardware that is needed to ensure these chips can work properly. When a GPS system is added to a drone, features such as the above mentioned RTH are then expected, to allow the drone to compete with rivals, and this then takes more time and money from the manufacturer to implement.

The appropriate App or software will also likely become more complex to allow for support of the features which then become available, all driving the cost of the drone upwards.

Due to incorporating another chip inside the drone, this is likely to increase the weight and therefore reduce fly time. With more weight to lift and another processor inside to power, the drone will spend less time in the air than its lesser equipped rivals. Although a small point, it may be one to consider if you are comparing two very similar drones.

Another thing to bear in mind is that drones with GPS chips inside usually will take longer to set up, before they are able to fly. DJI drones require a minimum of 8 satellites before they will allow the drone to operate in GPS mode. You are able to fly without GPS, but you are putting yourself at risk as systems such as the positioning and RTH features will not be available. Waiting for satellites to lock onto your drone can seem like a pain, but ensuring that the GPS system is fully functioning may save your drone, should any disconnects happen.

As mentioned above, most GPS enabled drones also rely on a compass to help with navigation and accurately hold their position in the air. Interference to the GPS and compass system can be quite common, especially in densely populated areas with metal buildings and even near the north and south poles. Magnetic interference can cause disconnects with GPS satellites, which can cause your drone to get confused as to its actual position.

This can cause the drone to fly away, to where it thinks it should be. Unfortunately, sometimes this cannot be rectified as the GPS system generally overrides the user input. If the drone were to fly out of range of the remote, then, unfortunately, there isn’t much that can be done without checking the flight logs in your app to see if you can find its last recorded position.

Fly-aways are more common with lower-end consumer drones that feature GPS, but that isn’t to say that they would be better without GPS. Disconnects and interference are likely to happen at some point, whatever drone you may be using, but you can ensure that you take all the right steps to ensure you can try to prevent this as much as possible. You can read our article ‘8 Things to Do Before Taking Off With Your Drone’ here.

In short, a drone doesn’t need GPS, but for consumer-level drone pilots, it is definitely something to consider if your budget allows. By doing so you are best setting yourself up for a safe and successful flight. 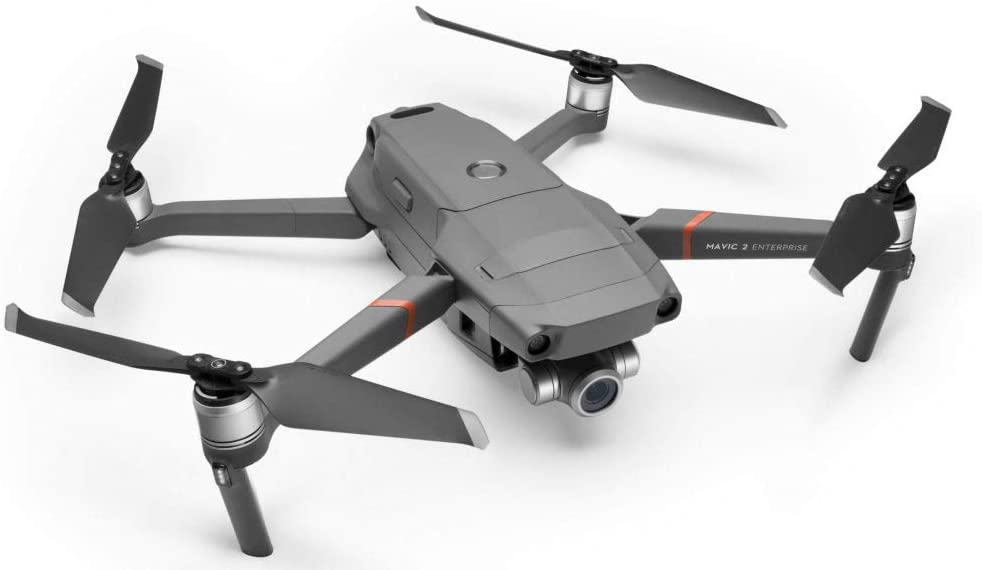 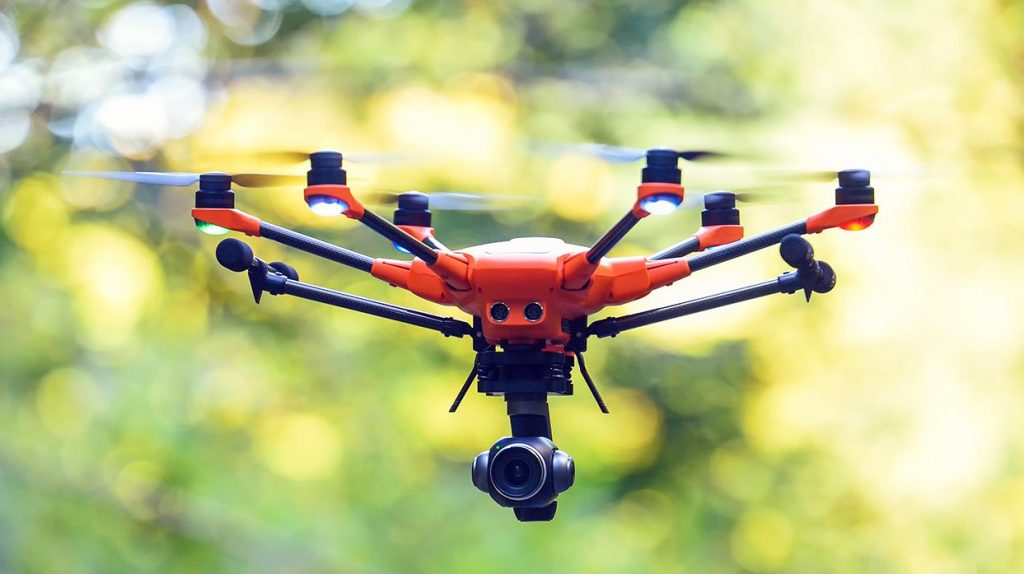 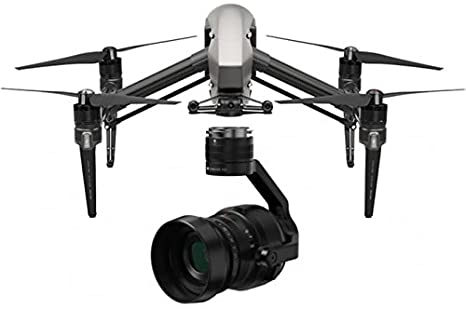