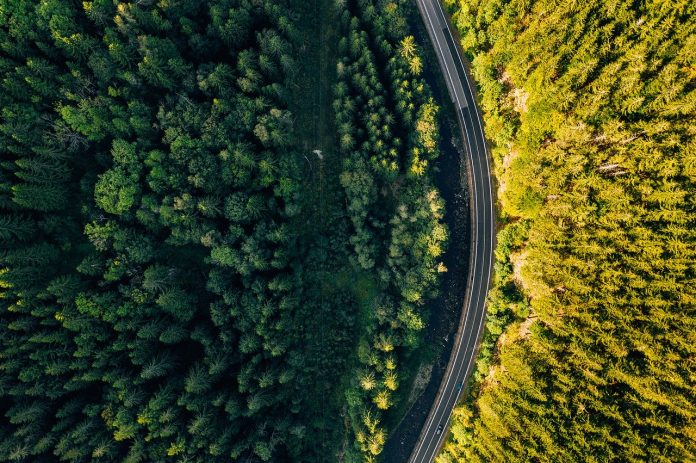 Every drone pilot wants their footage and shots to look as good as they can be. However, this isn’t always easy for everyone. You may have bought a drone and thought that you could easily turn your flights into a masterpiece.

But, the truth is, making professional and cinematic aerial photography takes skill. Not only does it take skill but it also takes knowledge and understanding what cinematography means and how you can implement it with your drone.

What is drone cinematography? 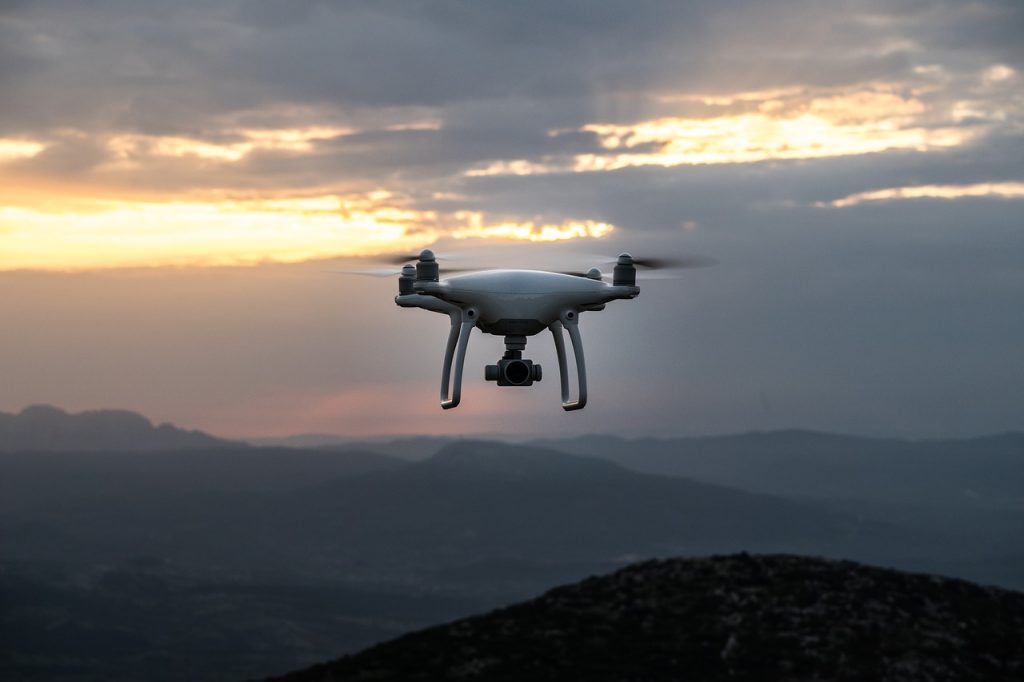 You may have heard of cinematography if you are a movie lover or film fanatic. But what actually is it? Well, cinematography can be defined as the art of storytelling, combined with photography.

As well as photography, a cinematographer can use other mediums such as image manipulation, management, organisation, etc to achieve their end goal. Whilst cinematography is usually associated with films, it can absolutely be applied to drone photography.

In fact, if you watch movies or any form of high-budget video content, you will have likely been exposed to beautiful drone cinematography. Whether that’s an aerial view of a beach, an abandoned city or a tropical paradise. Effective drone cinematography can add so much to films, tv programmes and anything which contains storytelling.

If you are a drone pilot, you may be looking to increase your cinematography skills when producing videos for your clients. Pilots who own their own aerial photography business may create promotional videos for local businesses where visual storytelling is everything! We’ll now dive into some tips and tricks that can take your drone cinematography skills to the next level.

Before you venture into the outdoors and begin your drone filmmaking, it’s important to understand the process that you need to follow.

It doesn’t matter if you are filming a short film or high budget Blockbuster, you still need to follow the 3 Steps in your process.

The first stage, we will talk about is pre-production. The pre-production phase is the planning stage where you prepare every aspect of the film ready to shoot. For some drone pilots, pre-production can be the most difficult.

This initial process can either lead to the success of your film or to its downfall. This is why you would decide on your film’s story or message, scouting out the perfect location, making a list of the shots you want to get, having the right kind of equipment and also getting the permission to fly.

Next, we will move on to the second phase of the process which is production. As the name would suggest, production is the shooting stage of the process, this is when you are out in the trenches recording the footage for your film or content. During this phase, you will likely focus on shooting in the right weather conditions, having the right camera settings to adjust to the environment, using the rule of thirds correctly, making sure your shots look the best they can and also ensuring that your shot looks well-lit in your environment.

The final stage of the process is post-production. During this phase, you already have your footage, which hopefully looks amazing. You can now begin to edit your footage in editing software such as Final Cut Pro or Adobe Premiere Pro. These are the two main editing softwares that drone pilots will use to edit their footage.

During this phase, you will view the footage you have shot and decide what needs to be cut and what you can keep in. You will also need to colour correct your footage to ensure that the colours look realistic and also vibrant throughout.

After you have edited your footage together and created your overall story, that you prepared in pre-production, you can now start to add your music or sound effects. The music and sound effects really add emotion to your footage and can generate different feelings within your viewers.

It’s crucial to find a soundtrack or sound effects that accurately reflect the message you want to communicate with your viewer. There is nothing worse than having an amazing drone shot be spoilt by some music which just doesn’t fit the setting. Choose yours wisely.

If you are somebody who is ambitious and wants to make money from your drone then you need to know how to create cinematic drone footage. There is a big difference between the people who take pictures for a hobby and the people who are truly talented and can earn a living from their drone.

Not only do you need the correct equipment but you also need to see the world in the same way that a filmmaker sees the world. Many drone pilots out there do not think like filmmakers or cinematographers and simply shoot what they think looks good.

There aren’t too many resources on the internet to become a better cinematographer, however one course we would highly recommend is ‘The Cinematic Drone Secrets Workshop’. If you are looking to learn how to create beautiful cinematic drone shots, this is this course for you. 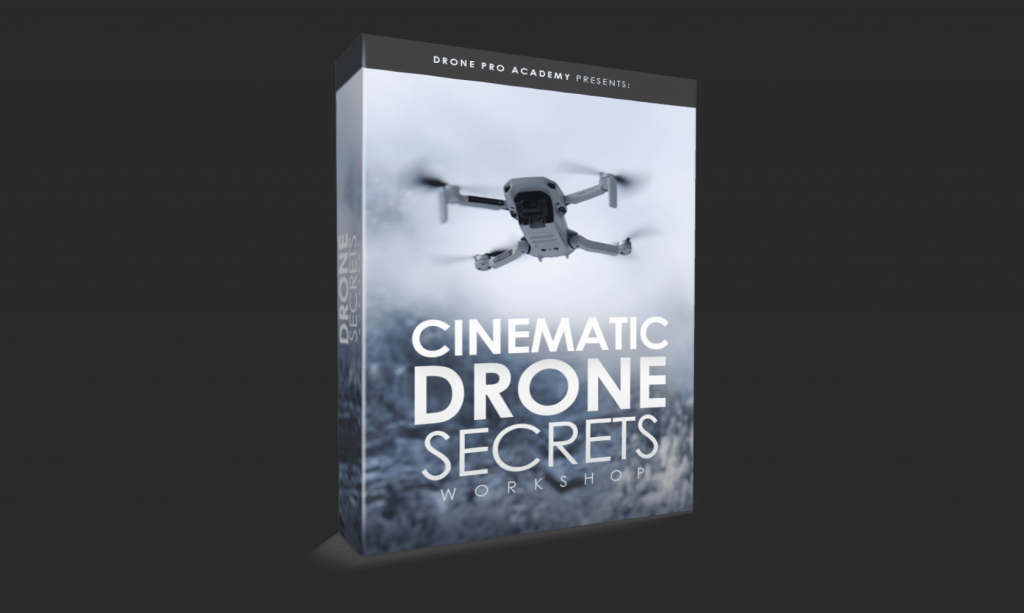 So, what exactly is in this course? Well, there are five modules which will break down the essential cinematography steps that you need to know.

Learn drone safety, how to register your drone and get permission to fly in Airspace.

MODULE 2 | GETTING STARTED WITH DRONE BOOTCAMP

Learn the same techniques that I personally used to become an expert drone pilot.

Discover the top secrets settings I use to dial in the best image and cinematic movement from your drone.

Discover the essentials of what you need to achieve epic cinematic drone shots.

Come with me behind the scenes as we take a deep dive into the specific framework each of my cinematic shots that you can easily recreate and make your own.

Who’s behind the course?

The course has been put together by Filmmaker Chris Newman. Chris has been working in video production since 2004 and has worked with major brands such as Disney Plus, Netflix, IMAX, Ford, Subaru, National Geographic, Mazda, Lexus, BBC, McDonalds, Air Canada, Mercedes, KFC, Animal Planet and Sony. An impressive CV to say the least! 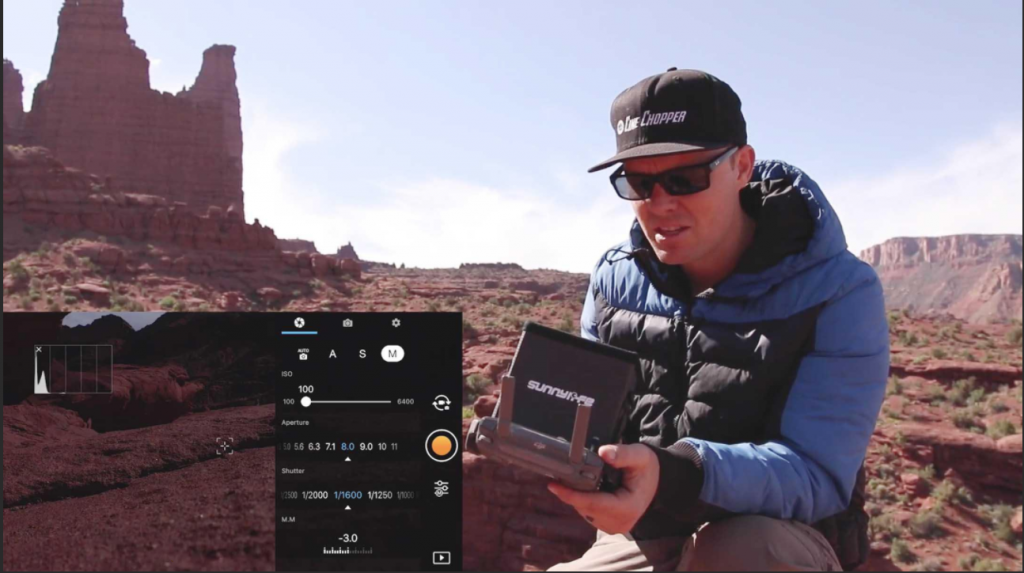 Since 2014, Chris has trained over 10,000 drone pilots and helped them create more cinematic shots, that they can earn money from!

Currently, Chris is running a 75% discount on the course. Previously, it was priced at $197 but for a limited period of time, it is only $47, truly a bargain! The offer expires soon so make sure not to let this amazing opportunity to learn drone cinematography go to waste!

Testimonials from the course..

“ I just want to thank Chris Newman yet again as I just did my 1st Art Show in Montauk a few weeks ago and my BEST selling print so far since I started doing photography 2 and a half years ago (I’ve always strictly been a video guy for about 18 years as that’s why I got into flying a drone) is the Aerial Panoramic picture I took with my drone of the Montauk Lighthouse on Long Island, NY.

I’ve already sold about 40 of these pictures and it has made me a lot of money so far and I’m just getting started. This course was one of the BEST decisions I’ve made in getting into aerial video/photography and it has already made me money from what I have learned as I didn’t even know you could do aerial panoramic pictures! Thanks again to Chris and everyone on this FB forum for creating a community of drone pilots that are so willing to help each other succeed! ”

“ By far the best training on the market to take your drone cinematography skills from beginner to pro by teaching you all the secrets from a working Pro!! You will learn all of the setting, tips, tricks, and see it in action! Learn all of the top cinematography drone shots that will make you stand out from the rest! I highly recommend all of the drone courses at Drone Pro Academy! ”